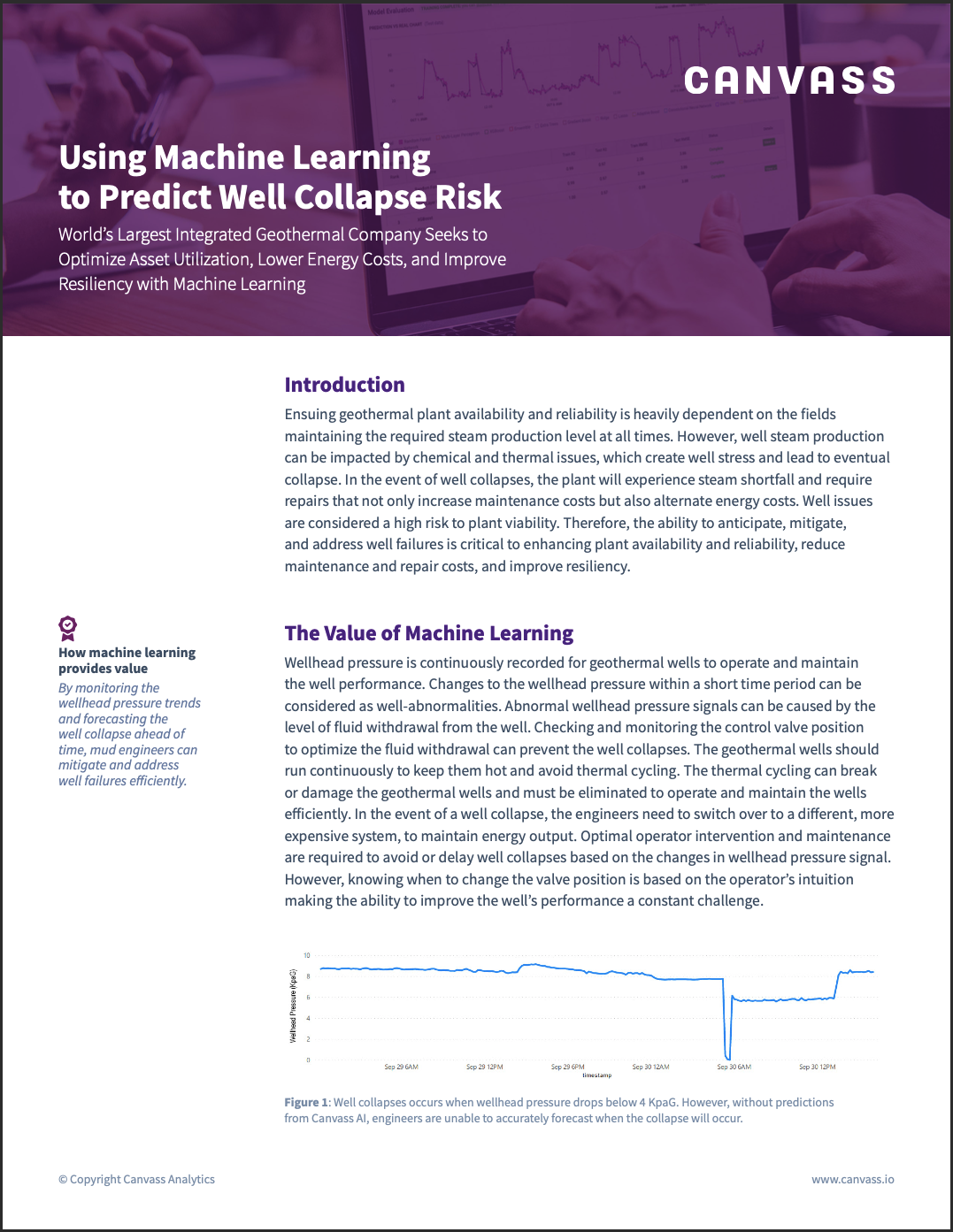 According to Digital Refining, over the last few years, approximately 92% of refinery shutdowns were due to unplanned maintenance, costing the oil and gas companies an average of $42 million a year and up to $88 million a year in the worst-case scenarios.

With such staggering numbers, it’s no wonder why reducing unplanned downtime in the Oil & Gas industry is an immediate priority for operators across the ecosystem, particularly when it comes to unplanned maintenance.

With over 50% of the world’s oil and gas production coming from assets beyond the midpoint of their asset lifecycle, Oil & Gas companies are turning to new advancements in technology—namely AI—to significantly reduce downtime and associated unplanned shutdown costs as their assets age.

Learn how one of the world's largest energy companies seeks to optimize asset utilization, lower energy costs, and improve resiliency with the Canvass AI Platform.